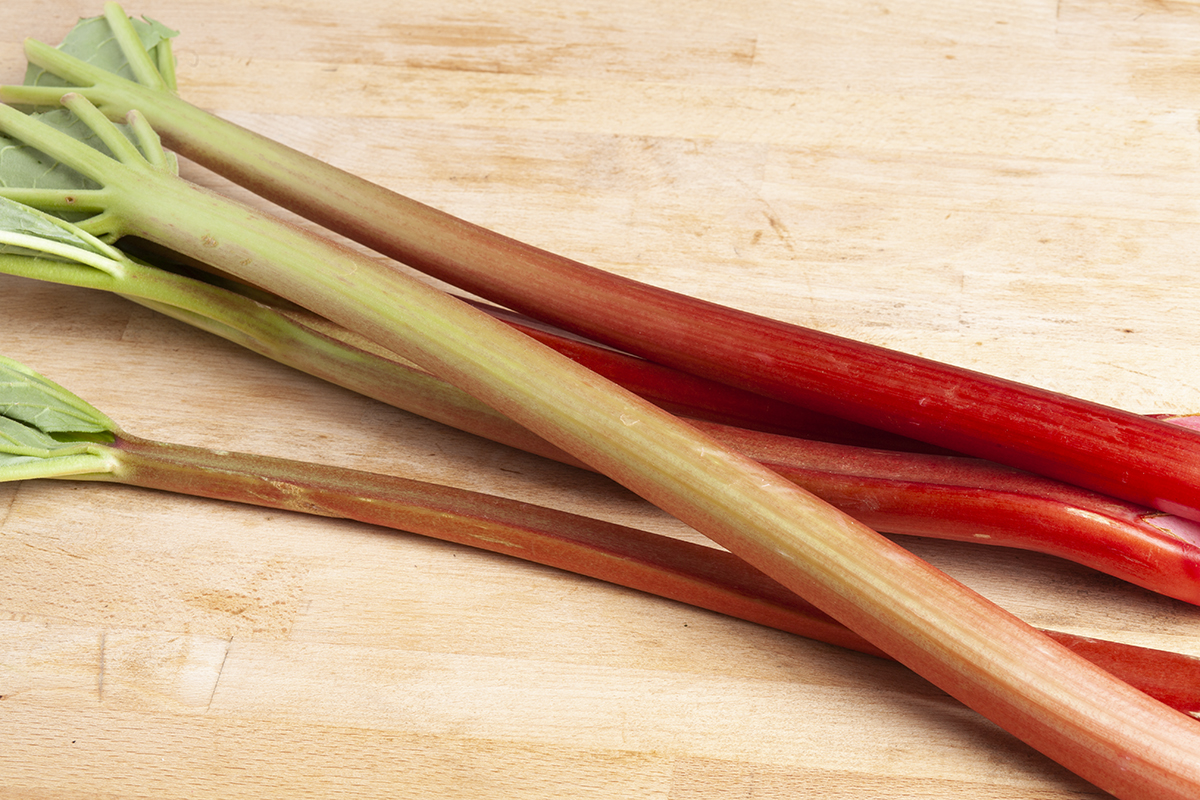 My relationship with rhubarb didn’t get off to a good start when I was young.  My mother would only cook it with strawberries and didn’t really sweeten her recipe so I always thought of it as an extremely tart sour vegetable to avoid.  That all changed when I was asked to be a judge in 2015 at the Rhubarb Baking Contest at Kitchen Kettle’s Rhubarb Festival.  After sampling over 50 dishes featuring rhubarb, I came to have a whole new appreciation for this unique vegetable!  Of course, now Chef Diana is going to take that appreciation to a whole new level!

What Exactly Is Rhubarb?

Rhubarb is an herbaceous perennial vegetable in the Polygonaceae family which is  comprised of about 1,200 species which also include buckwheat and sorrel.  Only the fleshy, edible stalks of the rhubarb are used in cooking (the leaves contain high levels of oxalic acid and anthrone glycosides, making them inedible) and in Asia the roots are used medicinally.

The rhubarb stalks range in color from red to pink to pale green and have a consistency that’s similar to celery.  Renowned for its sour taste, rhubarb is usually cooked with sugar and fruits which could explain that it wasn’t until the 18th century, when sugar became cheap and readily available, that rhubarb became a popular food.

But Is It Good For Me?

While it’s not especially rich in essential nutrients, it’s a very good source of Vitamin K1, high in fiber and low in calories.  It’s also moderately high in Vitamin C and calcium with some potassium, too.  It’s also a rich source of antioxidants.

How To Use Rhubarb!

As sweet rhubarb pies are a traditional dessert in North America and the UK, this vegetable is sometimes called “pie plant” but it’s also used in sweet soups, jams, sauces, tarts, crumbles and even cocktails.  There’s even a rhubarb wine!

While there are tons of sugary recipes for rhubarb, it’s easy to use in low-sugar recipes or even cooked with no sugar at all.  Add it to oatmeal or salads or even make healthy rhubarb crumbles with natural sugars.  Of course, Chef Diana has some deliciously unique recipes she’s come up with including pairing the rhubarb with apples in a crumble to help cut some of the tartness!

So get to know this unique Spring veggie and see what you can do with it in your cooking and baking!

What Grows Together, Goes Together!

Chef Diana grew up in Lancaster County, PA and has a rich agricultural family history in the area.

She is co-founder of Lancaster Local Provisions, a minimal waste, startup company on a grassroots mission to create a sustainable, local food system in Lancaster County, PA

“It’s important to know where our food is coming from, and how it’s made. I want to get families eating locally and seasonally. Let’s get cooking!”